My passion is story-telling through social media. I have strong interests in ethical behaviors in social media for journalists, growing digital audiences, one-on-one and group training, studying analytics and trends in social media.

This year’s installment of our Black History Month project focuses on Black Joy, the practice of celebrating black culture and black people despite the world dictating otherwise. From the election of President Barack Obama as America’s first Black president to personal moments like mending familial relationships, Philly residents share intimate details about what represents their joy and what makes them proud to be African American.
The Philadelphia Inquirer Link to Story

These two words are what no director of a live performance would want to hear on opening night from an actor: I'm sick. But it's the call that Virginia Stage Company artistic director Patrick Mullins received tonight when he learned that the actor playing "Fred" in "A Christmas Carol" fell ill. So, what does one do when they're down an actor hours before the live performance?
The Virginian-Pilot Link to Story

Patti LaBelle’s sweet potato pies, sold exclusively at Wal-Mart, have become nearly impossible to keep in stock in Hampton Roads and nationally. Once buzz swept social media about a pie made with a recipe from the Grammy award-winning singer and soul food cookbook author, fans defaulted to treasure-hunt mode.
The Virginian-Pilot Link to Story

"Walking Houses" a way to get Norfolk excited about public art

The whimsical chalk sketches pressed firmly into the concrete sidewalks in downtown Norfolk are familiar – a slice of nostalgia for anyone who played with chalk as a child in front of the family home. But this isn’t the work of a child. Each drawing is strategic and represents the thoughts of an adult fully aware of societal concerns like cancer, rising sea levels and an uncertain future.
The Virginian-Pilot Link to Story

The first day of autumn has come and gone. The craze for pumpkin spice, however, remains.
The Virginian-Pilot Link to Story

Michaeyla Nadeau sat up straight , tilted her head back and let the ivory snowflakes fall gently onto her face. The 11-year-old from Virginia Beach knew that the snow would only last for about 15 minutes, the time it takes for the artificial snow machine to run its course. She didn’t care. This is the way Christmas should be, she said.
The Virginian-Pilot Link to Story

The suffering of her 6-month-old daughter - at one time she had been on a feeding tube - had to stop.

So yesterday morning, while at her parents' home in St. Paul, Minn., Villanova University professor Mine An Ener allegedly decided to relieve her sickly child's pain. In what police described as an unflinching confession, the 38-year-old woman told police she took a kitchen knife, pressed it against the throat of her daughter, Raya Donagi, and then made two slices.
The Philadelphia Inquirer Link to Story

While Christmas may be long gone, Lansdale officials are still stumped over what has become an unsettling holiday tradition here and nationally - the theft of the baby Jesus. The figurine, the focal point of the borough's annual nativity scene, was stolen four times between November and January. So this spring, police, borough officials and members of the business community will meet to figure out how to stop the creche criminals.
The Philadelphia Inquirer Link to Story

Mother awaits news about her 'big baby' A community is rocked by news that a missing teen may have been found dead. Supporters gathered at her house.

Her mother clutches a blue binder filled with certificates, poems and newspaper clippings - the memories of a child feared gone forever. While Philadelphia authorities wait for confirmation that the charred remains found Thursday in a 55-gallon metal drum in the city's Cobb Creek section are those of 15-year-old Deanna Wright-McIntosh of Yeadon, her mother, Darlene Wright, also waits.
The Philadelphia Inquirer Link to Story

A witness who never got to testify A woman set to face an abusive boyfriend was smothered, authorities say.

May 23, 2005, was supposed to be Taneke Daniels' day in court. Her boyfriend had beaten her so badly, relatives said, that the South Philadelphia mother of three wore a brace around her neck and a cast on a wrist. It was not the first time he had hit her, they said, but she had vowed to make it the last.
The Philadelphia Inquirer Link to Story

Stephanie Arnold is a digital editor based in the Philadelphia region. She has extensive experience working at the intersection of social media, journalism and analytics as well as training and coaching journalists. She is a thought leader on newsroom ethics and accountability journalism.

Stephanie just completed a six-,month contract with the Online News Association as one of five members of its national Speakers Bureau program. She traveled the country to educated journalists about best tools and practices for digital journalists.

In 2017, Stephanie was invited to serve on PBS' Editorial Standards Review Committee with a national team of journalists to review, update and standardize the use of its standards across all platforms.

Stephanie was an Audience Engagement Editor for the Philadelphia Media Network, the parent company of the Philadelphia Inquirer, The Philadelphia Daily News and Philly.com. She also was the Virginian-Pilot's first Social Media Editor, where she authored the company's first comprehensive social media policy and style guide for the newsroom. She is the former editor for AOL Patch's North Atlanta news site and spent more than a decade as a reporter in metro Philadelphia covering municipal government, education and public safety. 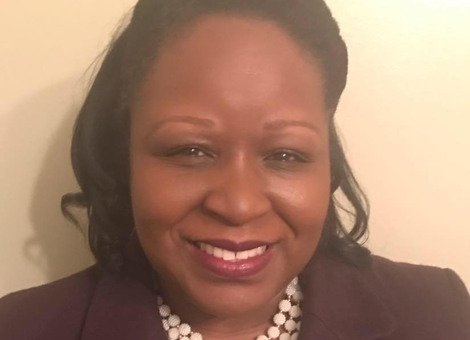